At any given time our game’s entities are performing different actions. Some might be walking, some could be defending against an attack, some are standing idly, and still others are engaged in other actions. 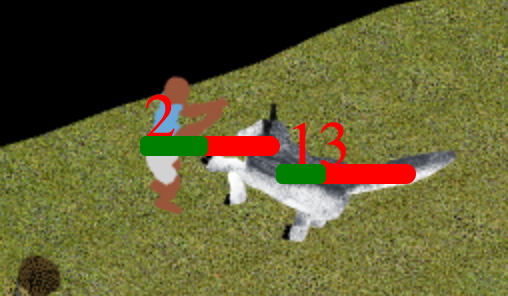 Our main way of communicating these actions and states to players is by animating these game entities. A walking player’s feet will be taking steps, an attacking player’s arm will be throwing a punch, and so on.

This means that on the code side of things we need to know what animation to play for a given game entity at any given time.

Let’s take a look at how we’re accomplishing this. 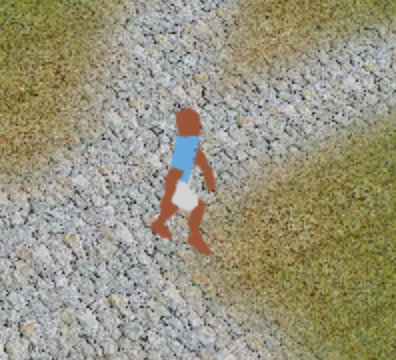 Just about everything that you see in the game is an entity. For example, your player, the other players around you, the pair of gloves on the floor and the wild grey wolves are all entities.

An entity’s primary action is the main thing that it’s doing at a given time. As of right now idle and walk are the only primary actions, but Over time we’ll add be adding more.

A trigger is an object that we create on the server side to describe something that has just happened that certain player’s should know about. The trigger contains any relevant information about the event.

Typically when a client receives a trigger they’ll play an animation, but triggers also power things such as displaying damage that has been dealt.

Essentially a trigger is a description of something that happened that should “trigger” some visual feedback on the client side. 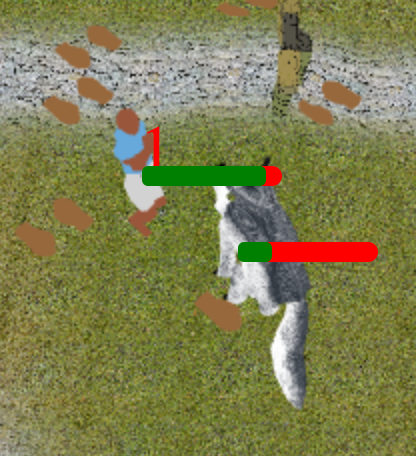 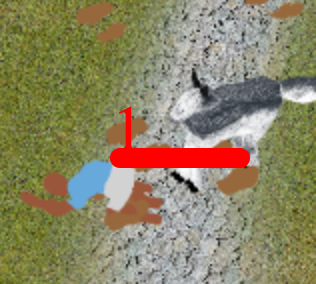 The player acting on a die trigger

We use Blender to create our 3d models and animations. After this we export our model to the COLLADA format and then use collada-dae-parser to convert it into a JSON file.

Our game can be developed 100% without an internet connection since I like to work on it on the train, so in development we serve this JSON via zeit/serve and in production we use Amazon Cloudfront.

As described above, we’re using our made up terms primary action and trigger to describe different aspects of our game. These both feel like concepts that might already have existing names that I haven’t yet come across. We don’t want to invent new terms, so if we run into better ones we will start using them instead.

Managing multiple animations at once

Right now our primary action and trigger system handles playing one specific animation at any given time, but sometimes we’ll need to combine two animations.

Next we’re working on creating more models for our first town, as well as planning out and implementing the core training mechanics. It’s an interesting new twist to be spending more time on designing gameplay as opposed to the last year of core engine work. Design is proving to be very challenging since I’m new to it, but also very fun.

As always, you can check out our latest progress in making the game at the Lighthouse Tale website!